There are many stories of witchcraft in rural England from the nineteenth and twentieth centuries, but it is rare to find accounts of self-professed witches who actually attempted to make a living out of this unusual profession. One such example is Mother Chergrave (pronounced ‘Chegriff’), the witch of Loddon, a village in southeast Norfolk close to the border with Suffolk, who died in the early 1870s. Chergrave’s story was first recorded by Margaret Helen James (1859–1938) and included in her book Bogie Tales of East Anglia (1891), my new edition of which has recently been published. A similar but less detailed account of the witch of Loddon, possibly from a different source, was collected by Morley Adams in 1914. 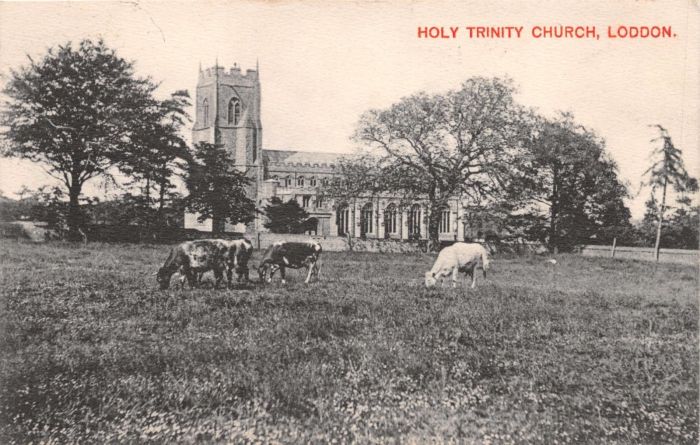 Holy Trinity church, Loddon, on a 1907 postcard (plus cows). Via HipPostcard.

According to Margaret James’s version, Mother Chergrave made a living by selling charms. One of these, a verse charm to reveal the name of a future husband, was shown to James by a woman in Loddon who had received it personally from the witch. The charm promised to reveal the husband’s name, but at the cost of taking a year of life from the user of the charm:

To gain a husband, name known or unknown,
Make your choice on a graveyard stone,
Quarter day’s night if there fare a moon,
Pass through the church gate right alone;
Twist three roses crosses from graveyard bits,
Plant them straight in your finger slits,
Over the grave hold a steady hand,
And learn the way the side crosses stand.
One is yourself, and your husband one,
And the middle one need be named of none.
If they both on the middle cross have crossed,
His name you win, and a year you’ve lost;
For he who lies in the namesake mould
His soul has sold – or, he would have sold,
And you give a year which the dead may use,
Your last year of earth-life that you lose.

The witch had a single daughter, Mara, whom she brought back from one of her frequent and mysterious long journeys. Rather than learning charms from her mother, Mara learnt charms ‘from morning dreams’. The witch claimed that her daughter was ‘bound over’ to Satan, and expected her to succeed her. On the night of her death, the witch gave her daughter a box containing her imps with the words, ‘Mara, take these imps, and let them bite your breasts, and you’ll be a greater witch than I have been. Don’t you let the devil be your master, but make him mind you’. Mother Chergrave also instructed her daughter that she was never to marry. However, immediately after the witch’s death Mara put the box containing the imps on the fire, without opening it, and went on to marry. 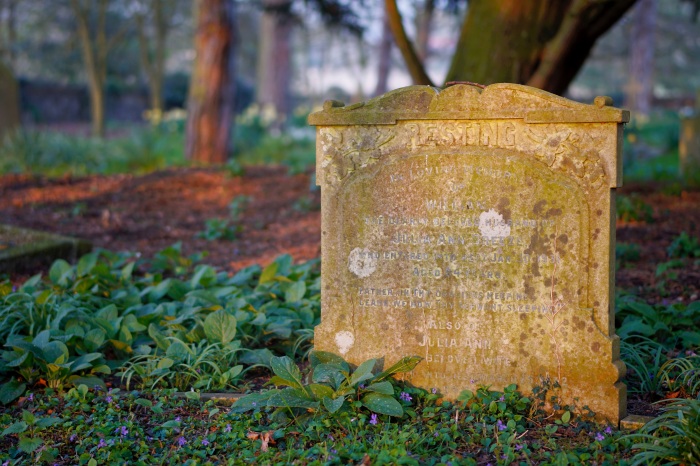 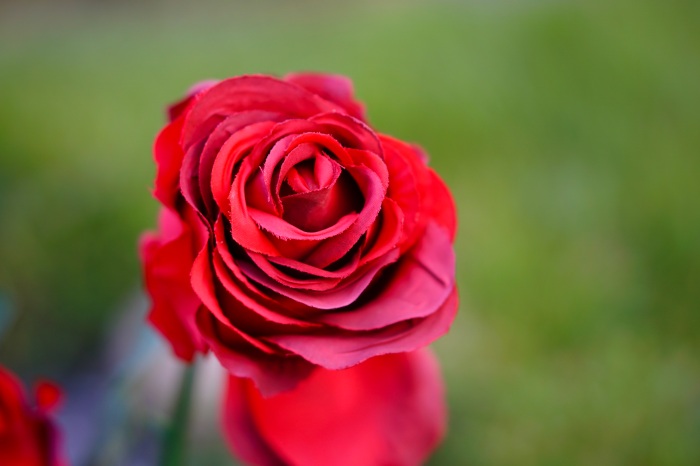 Graves and a rose in Loddon churchyard. Both featured in a charm sold by Mother Chergrave which promised to reveal the name of the purchaser’s future husband. Photos: James Brown.

Morley Adams claimed to have collected a version of the story of the witch of Loddon from an ‘old lady… particularly well up in the local history of witchcraft, and… a firm believer in the existence and power of witches’. Adams may have spoken to the same informant as Margaret James, but since he also heavily plagiarised James’s book, any claims he made to have collected folklore independently cannot be taken at face value. However, Adams added information about Mother Chergrave not found in the earlier account, such as the fact that she told fortunes by reading tealeaves (tassomancy). Adams also provided a description of the witch’s imps:

These imps were as large as a rat, and something like a human being, but with the wings of a bat. They had the power of either increasing or diminishing in size, but they usually were about as large as a small rat.

According to Adams, the witch would let her imps bite the breasts of any woman who wanted to become a witch.

The story of the witch of Loddon is of interest primarily because it shows that beliefs similar to those that appear in seventeenth-century witchcraft accounts persisted into the nineteenth century. The centrality of the imp (or familiar) is characteristic of English witchcraft in general, and East Anglian folklore in particular, while the idea of imps being passed on to another female family member to ensure witchcraft ran in families seems to have been distinctive to the eastern counties; Enid Porter recorded twentieth-century accounts of the inheritance of imps from Horseheath and West Wickham in Cambridgeshire, which likewise featured white mice in a box.

The witch of Loddon, as presented by Margaret James, seems to straddle the boundary between a witch and a cunning woman. Owen Davies has shown that the idea that cunning folk gained mastery of the devil (rather than allowing themselves to be mastered by him) was what often distinguished them from witches in the popular imagination. The witch of Loddon clearly made her living partly as a service magician, specifically a charmer. Possession of imps was a feature of some cunning folk as well as witches, such as the wizard of Aldeburgh in Suffolk, ‘Old Winter’. On the other hand, the idea of a person becoming a witch by allowing an imp to suckle his or her blood derives straight from the demonology of the seventeenth-century witchfinders.

The story of the witch of Loddon, in its two versions, is evidence that ideas of witchcraft and service magic were confused and entangled in the popular imagination in late nineteenth-century Norfolk, in quite complex ways. The word ‘witch’ itself may have been used with multiple senses: as a straightforward term of abuse against a woman; as a synonym for a cunning woman or service magician; or to refer to a person suspected of causing supernatural harm by ill-wishing (the ‘malefic’ witch). By the second half of the nineteenth century, however, these latter two meanings seem to have become confused. I am reminded of a former colleague whose family had lived for centuries in a fenland town who told me that the women in her family were hereditarily inclined to witchcraft, suggesting that she might be descended from people persecuted by Matthew Hopkins. She then gave me examples of elderly relatives who had practised fortune-telling. ‘Witchcraft’, in this context, seemed to mean any interest in obtaining supernatural knowledge – and the formerly exclusive association between witchcraft and supernatural harm was nowhere to be seen. 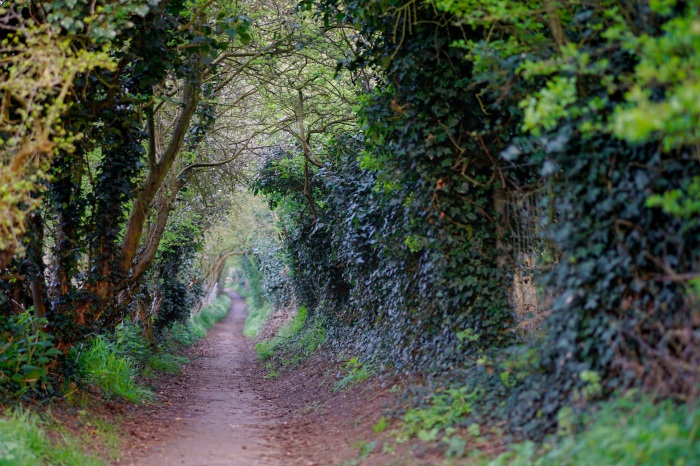 A pathway leading from the east of Loddon churchyard. Photo: James Brown.

However, the tendency of rural people in nineteenth- and twentieth-century England to use the vocabulary of witchcraft even when they were not speaking of traditional malefic witches is revealing. ‘Witchcraft’ became a progressively ‘greedier concept’ in seventeenth-century discourse, sucking in all kinds of magical practice. This trend continued into the eighteenth century, when belief in witchcraft frequently stood in for any kind of ‘superstition’ unacceptable to the intellectual values of the Enlightenment. In the nineteenth century, Jules Michelet’s suggestion that the witch trials were a campaign of political persecution directed at people who possessed knowledge of healing cemented the idea that any and all magical practitioners were (or were at least accused of being) ‘witches’. Some or all of these cultural factors seem to have contributed to a widespread use of the vocabulary of witchcraft in nineteenth-century England that went well beyond its original, more restricted meaning.

The folkloric portrayal of the witch of Loddon straddles the imp-suckling witch of the East Anglian witchfinders and the cunning woman who has gained mastery of the devil. The co-existence of these apparently contradictory elements reveals the extent to which the witch-lore of nineteenth-century East Anglia, although rooted in the seventeenth century, had developed its own distinctive emphases. 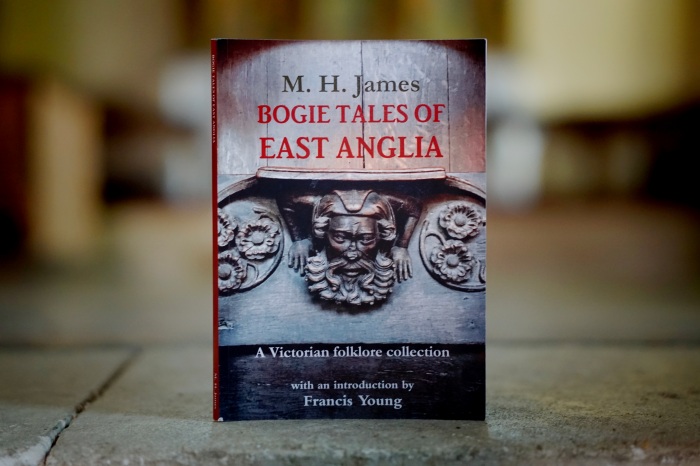 Francis’s new edition of Bogie Tales of East Anglia by Margaret Helen James, featuring the original version of the story of the witch of Loddon, is out now with St Jurmin Press. 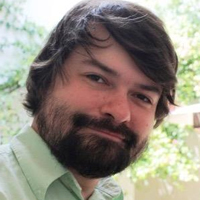 Francis is a historian and folklorist. He is the author of twelve books, including English Catholics and the Supernatural (2013), A History of Exorcism in Catholic Christianity (2016), and Magic as a Political Crime in Medieval and Early Modern England (2017).