It is now a commonplace for every discussion of the history of the emotions to start with reference to an ‘affective turn’, but the overcoming of historians by emotion of various stripes – evidenced by international research centres, a steady stream of monographs and articles, and now emotions-specific book series, journals, textbooks, and readers – is indeed one of the more rapid and eye-catching historiographical developments of recent times. This ‘emotional onslaught’ (in Erin Sullivan’s phrase) has taken various forms, with work ranging from examinations of the emotional norms or feeling rules through which certain kinds of emoting were valorised or disparaged in particular times and places, to the careful reconstruction of period-specific affective vocabularies (or ‘emotional lexicons’), to – perhaps most ambitiously and controversially – attempts to engage with the actual feeling states of past actors and to explain their role in subjective experience and historical change.

Although the tide is turning (see in particular the new essay collection Emotions in the History of Witchcraft, edited by Laura Kounine and Michael Ostling and published in 2017), historical interactions with the supernatural have yet to be explored in explicitly affective terms. This neglect is surprising, as extraordinary encounters with the unseen world have always evoked peculiarly strong emotions and are thus privileged sites for understanding interiority: from the anger and envy that was said to motivate witches and animated their prosecutions, to the wide-eyed terror that accompanied the materialisation of ghosts and apparitions, to the powerful senses of wonder and hope that attended the deployment of apotropaic ritual magic. The workshop Approaching Inner Lives: Thinking, Feeling, Believing, 1300–1900, which we hosted at UEA in late March 2017, brought together twelve hand-picked scholars from the disciplines of art history, geography, history, and literary studies to tease out the connections between the otherworldly, emotions, and inner lives across the medieval, early modern, and modern periods.

Illustration from Charles Bell, The Anatomy and Philosophy of Expression as Connected with the Fine Arts (London, 1844). Wellcome Library, London (CC BY 4.0).

Reflecting the workshop’s methodological focus, speakers introduced various textual, material, and visual sources for apprehending and appreciating emotions in a wide range of supernatural contexts, from medieval romance literature to seventeenth-century witch bottles to Victorian coroners’ and newspaper reports. For some speakers, the attempt to recover authentic or actually felt emotions from these predominantly discursive survivals is always doomed to fail, as they are always-already mediations of inner states conforming to agreed exterior constructs of interiority (and are therefore generic, rhetorical, and cultural). Matthew Champion (Birkbeck) went furthest in emphasising the interpretatively unassailable role of cultural scripts and ‘narrativisation’ in his close reading of two printed accounts of witchcraft prosecutions in fifteenth-century Arras, but health warnings about the distorting character of our sources reverberated across all papers, for example in Laura Sangha’s (Exeter) discussion of the spiritual diary of seventeenth-century doctor and antiquary Ralph Thoresby, which fashioned a highly stereotyped version of his interior life from the stock languages of Puritan piety.

Other speakers, expressing dissatisfaction with the prevailing emphasis in the history of emotions on discourse and representation – its tendency to confine itself to the reconstruction of collective and intellective ‘regimes’, ‘communities’, and so on – were more optimistic about the possibilities for crafting genuine histories from within. They queried why historical feelings are placed in a ‘special category of unknowability’ (in Charlotte-Rose Millar’s [Queensland] phrase), argued that the overwhelmingly linguistic and constructed character of surviving sources should not be extended to or mistaken for a theory of being in the world, and warned against conflating culture and subjectivity, arguing instead that the former merely supplied the raw materials from which real historical individuals created unique selfhoods. Listening carefully and empathetically for those moments when cultural repertoires were appropriated, modified, and resisted by historical actors, it was argued, offer our best way into their feeling hearts. Laura Kounine (Sussex), for example, applied Carol Gilligan’s ‘listening guide’ to witch trial testimonies from seventeenth-century Germany to show how the accused rejected the labels applied to them by the court and gained control over their own narratives. Through a case study of Joseph Sur, meanwhile, Will Pooley (Bristol) demonstrated how both witch suspects and their prosecutors in nineteenth- and twentieth-century France deftly negotiated an ever-changing legal and psychiatric landscape (especially around ideas of monomania and neurasthenia). Even in a highly cliched genre such as Thoresby’s spiritual diary, argued Sangha, it’s possible to identify those junctures where the author internalised, deviated from, and otherwise subjectively responded to cultural conventions.

The workshop’s interest in subjective experiences of emotion was reflected in the attention given to the body and senses, often short-circuited in cultural and cognitivist approaches rightly suspicious of (in Barbara Rosenwein’s phrase) ‘hydraulic’ models of emotional response. It’s now well-known that within the pre-Cartesian medieval and early modern thought worlds affective states were intimately related to physiological dispositions in general and humoral balances in particular, an intellectual history tradition represented at the workshop by Antonia Fitzpatrick (Oxford) and her sophisticated analysis of the role of identity and the separated soul in the writings of Thomas Aquinas. However, we also encountered sensate, feeling bodies, especially in Corinne Saunders’s (Durham) exploration of visions and voice-hearing in romances and other medieval texts, which was informed by modern biomedical understandings of voices without external stimuli (or ‘auditory verbal hallucinations’). Likewise, Sasha Handley (Manchester) showed how early modern bed linens, prized for their coolness and smoothness, offered comfort and consolation to vulnerable bodies in repose, while the envisioning, slumbering body also surfaced in analyses of early modern and modern dream states by Elizabeth Hunter (Queen Mary) and Shane McCorristine (Independent).

Speakers were also sensitive to the spaces and objects through and with which feeling historical bodies moved and interacted. Emotional geographies were traversed in two papers. Karl Bell (Portsmouth) argued that the proliferation of ghost stories within rapidly expanding Victorian cities represented an imaginative ‘urban supernatural terrain’ that superimposed and sometimes subverted physical cartography with a powerful alternative source of meaning, memory, and feeling, while McCorristine explored (and interactively mapped) how death-related premonition dreams between 1800 and 1930 were consistently organised around features of industrial lanscapes: canals, towpaths, quarries, ponds, railway tracks, and so on. The emotional power of objects, meanwhile, was amply demonstrated in Annie Thwaite’s (Cambridge) analysis of the protective capacities of seventeenth-century witch bottles, and again in Handley’s discussion of the prophylactic qualities of early modern bedding textiles – focussed on the extraordinary Derwentwater bedsheet, now in the Museum of London – which protected sleepers from ecological and supernatural threats during a particularly perilous phrase, and could even be transformed into holy relics.

Finally, nearly all speakers emphasised the importance of mixed-up, messy, and indeterminate feelings – the ‘bundling together’ of affective states, in Champion’s phrase – which can be elided by emotion keywords. Likewise, while there’s still much historiographical interest in headline or extreme emotional conditions – anger, fear, sadness, joy, and so on – many papers were sensitive to subtler moods that animated the lives of our ancestors (as they do our own), even in the otherworldly sphere. The occasionally low-key, even mundane character of the supernatural encounter was drawn out most explicitly in Sangha’s discussion of Ralph Thoresby’s manuscript accounts of spirits in and around his Yorkshire home in the late 1600s and early 1700s. Rather than responding with blood-curdling terror, Thoresby approached the visiting spirits with a blend of mild anxiety, grief, and resignation, related to the circumstances of his father’s untimely death in 1679, and reflecting the fact that, for premodern people, brushes with the unseen world were an unremarkable and quotidian affair.

Approaching Inner Lives: Thinking, Feeling, Believing, 1500-1900 was held at the University of East Anglia on 28 March 2017, with generous financial support from The Leverhulme Trust, the Society for Renaissance Studies, the School of History at UEA, and the Royal Historical Society. A shorter version of this report will appear in the SRS Bulletin; speaker Will Pooley has also written an account of the workshop on his blog. For videos of papers see our YouTube channel. 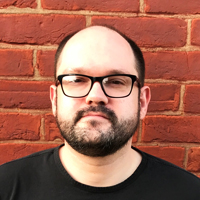